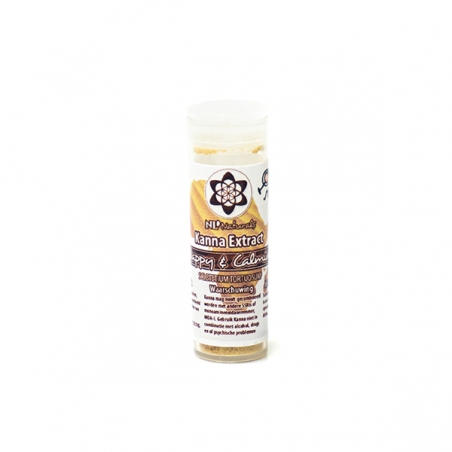 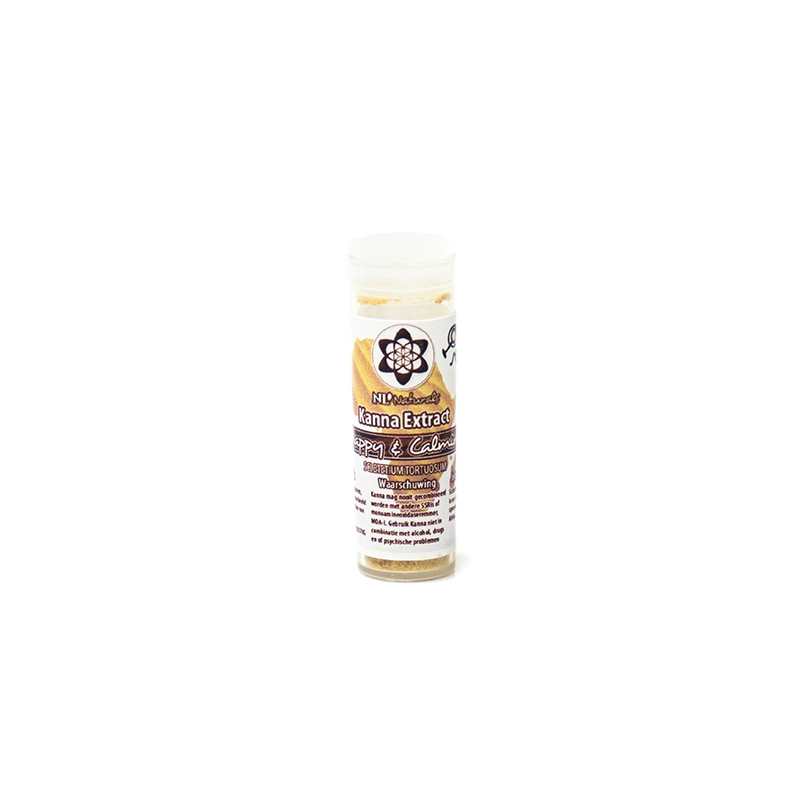 This special form of the kanna plant: one very fine crystalline extract, standardized on Manitol. This Kanna extract will give you a fine stoned-like feeling that will help you relax!

This Kanna extract has a relatively low Mesembrine content, which provides a relaxing effect. After consuming this special product you can expect, first of all, an improved mood. There is also talk of a socially stimulating effect and, last but not least, a strong relaxing effect.!

Kanna (Sceletium Tortuosom) is a succulent plant native to South Africa. The unique euphoric effect of Kanna was discovered by the Hottentots some 300 years ago. The Kanna Happy Calming is a very fine crystalline from the Kanna plant, standardized on Manitol.

This form of kanna is snorted. One very small amount is enough (so just start with a key point).

Kanna (Sceletium Toruosum) acts as a selective serotonin reuptake inhibitor (SSRI). Do not combine with other SSRIs (Seroxat, Prozac) of MAOIs. Always consult your doctor first and read the package insert of your medication to avoid health risks. Also do not use Kanna if you are pregnant or nursing.