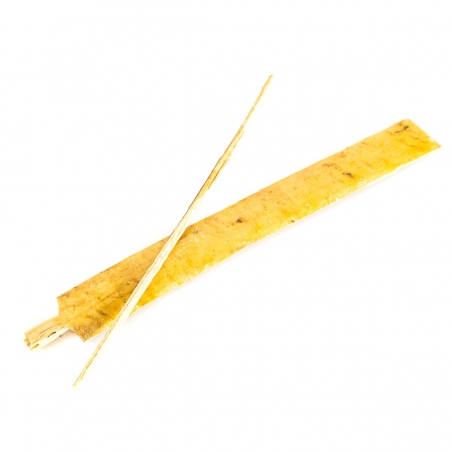 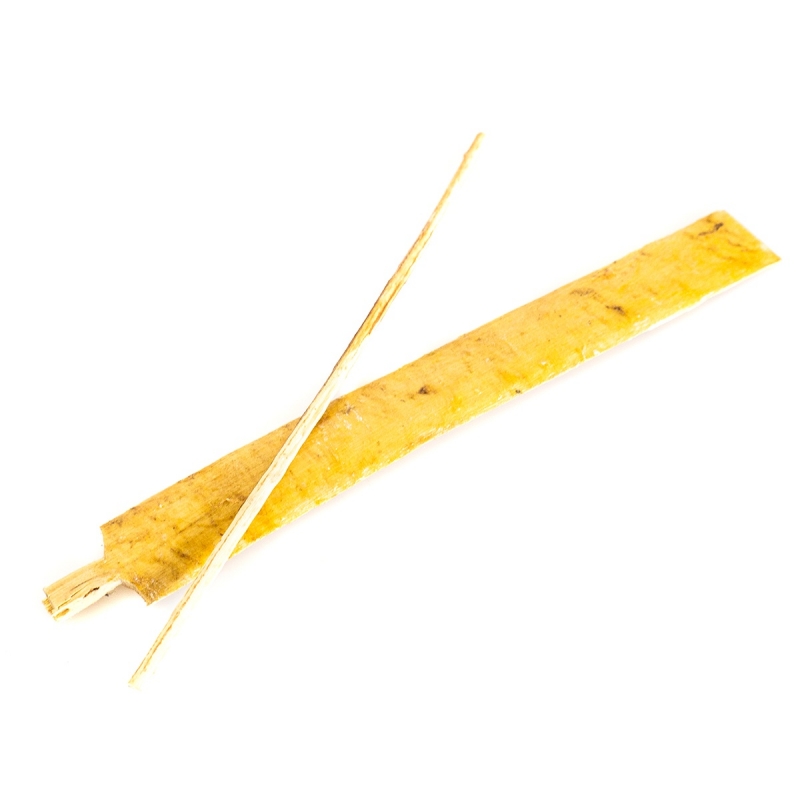 The double-sided Kambo stick from the Matses Tribe holds the harvest of the Phyllomedusa Bicolor frog. The Kambo stick produces 100 to 120 dots. Kambo has been used by many indigenous tribes for thousands of years. Our sticks come directly from the Matses tribal tribe from Peru in the Amazon jungle.

Kambo is a secession of the frog that lives in the trees of the Amazon rainforest called Phyllomedusa Bicolor. The more common names are the Giant Monkey Tree Frog or Giant Leaf Frog.

Kambo is a traditional medicine used by the Amazonian tribes. Tribes have traditionally used this medicine for strength and focus for hunting and body cleansing. The frogs are carefully treated during the harvesting process.

The material is harvested from the frogs at sunrise. A mating song is performed by the collector and the frogs come out of the trees slowly.

The frogs are very passive and feel comfortable when they are picked up, this could be possible because the Phyllomedusa Bicolor has no natural enemies in its natural habitat. Subsequently, a cord is tied to each leg in such a way so that the frog experiences little to no stress during harvesting. The material is carefully extracted from the back of the Kambo Frog, after which it can dry on small sticks.

It is taken into account how much poison the frog needs if it has to defend itself anyway. After releasing the frog, it returns to its habitat quietly and peacefully. The strings leave small white prints on the frog. When someone sees the print, he or she knows that the frog was recently milked and the frog is left alone. The white print fades in about 3 months, when it is safe to milk the frog again. The frog is always treated with the utmost care and respect. The locals believe that damaging the frog can make the animal spirits (with which they live so closely) angry.